To help make our communication seamless, can I contact you via SMS with information related to your real estate needs? 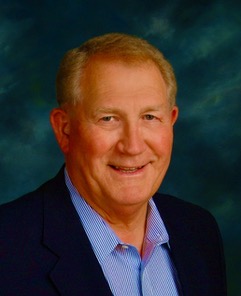 Was raised in Western Oregon, grew up on a farm, enjoyed all of the wonderful thoughts that to this day makes me smile when I reflect back on my early life.

Joined the National Guard and was selected to attend Offers Candidate school, graduated number two in the class and served 7 years as the Company Commander and First Lieutenant.

Attended Portland State College and majored in Chemistry, while working full time at the Oregon Regional Primate Research Center for 15 years. Worked on double Stranded RNA and many other high level scientific projects. My Claim to fame is my picture in the Time Life Series Book on Primates, where my picture shows one of my research procedures.

With my roots still loving farming, I started buying old farm machinery then fixing up equipment in order to start farming, my first piece of land that I started farming with was 25 acres. Did well and kept on expanding until after several years I was farming over 3000 acres of wheat, barley, clover and hay.

Decide to move to Idaho and ended up in Middleton where I stated farming and found out it was too tough for me to irrigate all of those row crops so, I looked into Real Estate and sold the farm and went head over heals into the business of Real Estate. My first company was Wally Walker Realty, a Broker known for his expertise in doing exchanges, in the Nampa, Idaho Office.

When I was farming in Oregon, one of the land owners whose land I farmed, heard I was in Idaho, Art Lutz, owner of Art Lutz and Company Realtors contacted me and asked me to run his new operation in Idaho. I became the Broker of the Company and had 5 offices; Boise, Meridian, Caldwell, Nampa.

Several Subdivision including South Shore, Huwett Park, Meadow Brook in Nampa and one in Caldwell and one in Ontario, Oregon.

The rest is history, those old enough to recall the major recession where interest rate went through the roof, the company had 10 homes built and we could not sell them with the high interest rates (18-20%), so Art Lutz sold his entire company in Washington, Oregon and Idaho.

I decided to Move to Reno, Nevada, where my parents lived and then  purchased a small real estate company named Realty 500 General Properties. It was a small local franchise.

Looking for a better Company I searched out Prudential Realty and ended up purchasing a franchisee for the Reno, Nevada Market, aka as Prudential Clement Realty. Built up the company to approximately 70 Real Estate Agents and enjoying a successful business.

After my non-compete expired, I searched out an even better opportunity, I heard of Keller Williams Realty but new absolutely nothing about that company except they were headquarters in Austin, Texas.

I contacted a lady name Moe Anderson, what a tremendous lady. This company was too good to be true, It was all about the the agents, not some corporate giant. I could go on for hours about the company and the leadership, world class sums it up!

I proceeded to purchase the  Keller William Franchises for both Reno and Sparks Nevada and grew the companies to over 250 agents and staff. Gave some of the core agents an opportunity for ownership in the companies.

In 2005 - 2006 the real estate market started another downward spiral however we were able continue on with another difficult recession staring us in the face. It wasn’t until 2010 that we were seeing the market show signs of getting back to a normal market.

In 2015 we sold our companies to the Keller Williams Realty of Anchorage Alaska, it was time to move and start another adventure. So we returned to Idaho built a new home and joined Keller William of Sun Valley and Southern Idaho.

In my Real Estate Career , it has always been about honesty, integrity and helping clients and customers achieving their goals.

Please enter your information below